Thanks to the sterling efforts of Gursharan, our Graduate Champion, we have eight new catalogues live on the Archives Hub this month! They are a wide ranging selection of items relating to the history of DMU, fashion, and art.

L/011: Brochure for the Royal Visit to the city of Leicester, 1958, when the Queen and Duke of Edinburgh visited the city to open a new building at the University of Leicester. The brochure was designed by Leicester College of Art staff.

D/071 portrait photograph of Queen Elizabeth II from 1992, gifted to the University to commemorate two visits by The Queen in 1993 – one in March to open the Milton Keynes campus and one in December to open the Queens Building

D/069: Ephemera relating to the visit of The Queen to De Montfort University in 2012

A/08: Engravings after paintings by Ford Madox Brown, depicting scenes from Shakespeare: ‘Cordelia’s Portion’ and ‘Romeo and Juliet’

D/073: Cartoon presented to De Montfort University to mark the formal launch of a ‘compact agreement’ with the Sir John Gleed Technology School. The compact system allowed a pupil to study at a designated college, making them ‘compact’ with the university to have automatic entry to a degree course.

F/023: Colour sketches of Bakst designs for ballet costumes, possibly cut out from a publication, and mounted on card. The sketches include designs for plays such as ‘Scheherazade’ and ‘La lampe d’Aladin’

F/020:  Cartoon showing a man looking at four different corsets in a shop window, which remind him of the women he has had in his life

Gursharan is working away on more descriptions so watch this space! 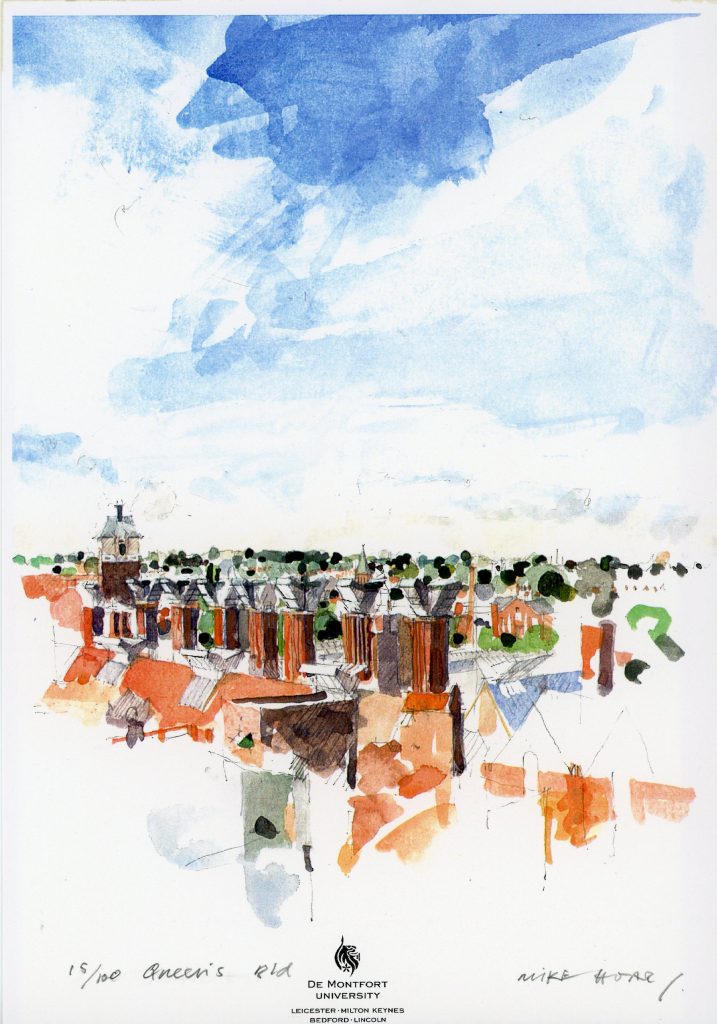