Today’s #explorearchives hashtag is #hairyarchives. We absolutely love this theme and as a challenge to ourselves we thought we would attempt to find at least one hairy archive for each decade since DMU opened as the Leicester College of Art in 1870!

Some elaborate tresses from The Englishwoman’s Domestic Magazine, 1876.

Simple hairstyles in this French fashion magazine from 1894 – but also adverts to “revive” the colour in grey hair!

Elaborate yet practical hairstyles on women students at the Leicester Municipal Technical and Art School, as shown in publicity photographs from the 1905 prospectus.

For ladies in the 1910s it was all about an elaborate hat (and a boater for the gents it seems) as this fashion plate from Chic Parisien shows:

But to be able to get such a fancy construction on one’s head the fashion for the high bun, piled on top of the head, was adapted into the Psyche knot where “hair rats” padded out the sides – giving some much-needed support for the wideness of the hats – while the bun sat above the nape of the neck at the back.

The oh-so-stylish bob for the girls, and short back and sides for the boys in these images of the School of Art and the School of Technology from 1928.

The acute angles of the bob stated to give way to the softer ‘elegant wave’ in the 1930s and literally every model in Vogue 1930-35 appears to have this variation on a theme.

Victory Rolls and Brylcreem for these wartime students from the press cuttings collection.

Look at these three classic children’s ‘dos from the fifties. Such cuties. From Donovan on Child Portraiture 1950 from the Photographers Gallery Library.

No-nonsense sporting hair from the 1964 edition of World Sports.

The boys are looking distinctly more hairy with their ‘tache and sideburns for the funky 1970s!

Big hair, crops and mullets for these 1980s students, found in the press cuttings collection.

From the student magazine The Voice these three 1990s indie-rock bands all exhibit the boy-next-door floppy fringe look.

Fashion hair styles in the early noughties was often an experimental global mash-up with a bit of an 80s twist, featuring plaits, crimps and, of course, hair extensions for some extra bounce and volume here and there. Here we have 3 students from the Creative Design Industries 2007 showingcasing some trendy noughties’ hairdos.

And now to finish off this spectacular journey of historical hair we have some contemporary examples  by Special Collections staff and its fab volunteers! 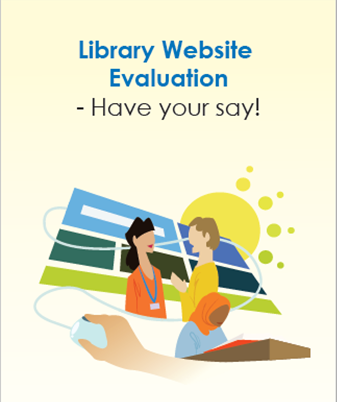 Fine or not fine? Changes to library fines policy